The most successful examples of transition projects tend to be in small towns. The most famous example is Totness in Devon. Cities like Edinburgh provide a more difficult challenge and our approach is to work on a more local level while remaining in touch with national and city wide organisations including the umbrella group that formed after Transition Edinburgh South had been running for some years, Transition Edinburgh.

Since 2013 our main focus has been on the less affluent areas of Edinburgh South, particularly Gracemount, Burdiehouse, Southhouses and Moredun. We have previously also worked with local people in the wealthier parts of the southside including Morningside.

Transition Edinburgh South was established as a voluntary association in 2009 and became a Company Limited by Guarantee in March 2013 and then a Community Interest Committee CIC.

We are currently governed by a small management committee who are also trustees of the CIC. TES also has a much larger set of supporters and stakeholders. We have an annual general meeting open to all and welcome new committee members/trustees. Committee membership is open to everyone so long as they are honest, accept the ethos expressed in our safeguarding policy for Gracemount Community Garden and their objectives are compatible with those of TES as set out in its constitution.

Is it Weather for Gardening? 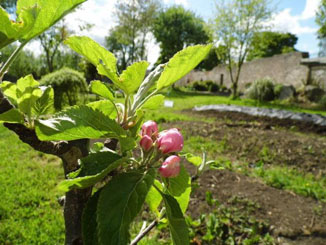 Get all the important news